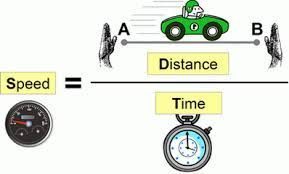 Orthodontic tooth movement is only possible because of the ability of the  bone which holds  the teeth in place to remodel. Without this biological phenomenon orthodontic treatment would simply not be possible. Bone is a dynamic living tissue (rather than an inert tissue) that remodels when a mechanical force is applied to the tooth. Orthodontic appliances e.g. braces (railway tracks) , aligners (invisalign®) , are built to generate biomechanical force systems  which permit the tooth to move .
To move a tooth orthodontically it is necessary to apply a constant gentle force .  When a tooth moves forward through bone, new bone is laid down (bone deposition ) behind the tooth, whereas the bone in front of the tooth is dissolved (bone resorption) to allow the tooth to move forwards.
It is important to appreciate that this biological process is complicated , involving may different types of cells working in a very specific way  to allow the bone to remodel, and consequently allow the tooth to change position and still be surrounded by healthy bone.
Bone remodelling as it is a biological process occurs  only at a certain speed.  The  biological process involved and the time span involved in this process is somewhat similar to that which occurs when a broken bone heals.

It takes time for bone to remodel. The regional acceleratory phenomenon (RAP) induced by the surgery , may shorten the bone remodelling time.

The Regional Acceleratory Phenomenon (RAP) is a response of a body tissue  (bone) to (being injured by ) a harmful stimulus, that increases the healing capacity of the affected tissue. This is the biological process which surgical procedures to accelerate orthodontic tooth movement seek to exploit. That is the surgical procedure injures the bone , which then elicits the RAP response and consequently may allow for more rapid bone remodelling  and  more rapid orthodontic tooth movement. However it is important to note that the RAP response only lasts for approximately 3 months after the surgical procedure. It may therefore be necessary to consider repeating the procedure. 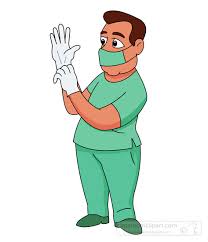 All surgery has an associated risk/benefit.

Surgical procedures to accelerate orthodontic tooth movement vary from very invasive procedures  right down to minimally invasive procedures  e.g.  Acelerated Osteogenic Orthodontics (AAO  , or PAAO ) , as described by and patented by the brothers Drs Wilcko. 4, 5 .   is  a very aggressive surgical technique that they suggest  may  reduce orthodontic treatment time to a third of the time normally required. However it is very invasive, and has quite a long recovery time , and is of course not without complications. , 6

By contrast at the other end of the scale  “micro-osteoperforation ” as performed by the  “Propel Excellerator” device is a minimally invasive procedure.

In summary I feel that the more invasive nature of other procedures e.g  (A.A.O.) as alluded to above , outweigh the benefits that accrue from the  acceleration of orthodontic tooth movement for the vast majority of patients. By contrast  micro-osteoperforation may have a role in the future.