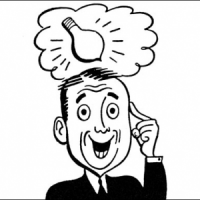 Invisalign® aligners are designed, manufactured , and marketed by Align technology which  is a medical device company headquartered in San Jose,California. The company was founded in  March 1997 by  Zia Chisti  and Kelsey Wirth two Stanford MBA  students (pictured here).                             Zia Chisti was an adult orthodontic patient and noticed that when his retainer (removable orthodontic appliance) was inserted that it effected very minor movements of his teeth. He conjectured that if an incremental sequence of such retainers (removable appliances) were used that more substantial tooth movement could be achieved. Christi and Wirth worked with two fellow Stanford students  Apostolos Lerios (who at the time was a PhD student in computer science) and Brian Freyburger (a computer science student ) to develop  invisalign. They demonstrated  extraordinary innovation to develop the appliance (invisalign®) , it required intensive research in modeling, computer-aided design (CAD) , digital capture  of the geometry of objects, and three dimensional (3D ) printing technology( stereolithography ). They had combined a potent team of students  with  computer and manufacturing skills along with financial and business skills. It is notable that none of the founders had a backround in dentistry. They registered 15 patents for their technology. They secured significant venture capital funding, though they initially experienced difficulty in attracting investors to their company, and were turned down by many potential investors. They received FDA  (Food and Drug Administration)  approval in 1998 to market the appliance. The  first appliances  (aligners) were sold in the U.S.A in 1999.

An article in the  Business section of the New York times in Aug 2000   describes  how  Align  intended to spend $31 million dollars  in a television advertising campaign , that was the first of its kind, in that it was an orthodontics company advertising directly to the public rather than  to orthodontists or dentists . This unprecedented advertising campaign was intended  to generate interest amongst adults in having orthodontic treatment with  Invisalign®.

Many orthodontists were skeptical about this new appliance , especially since none of the founders had a backround in dentistry. This presented orthodontists with a significant dilemma. It was largely anticipated at the time that the orthodontic results  which this appliance would achieve would be inferior to those achieved with the conventional fixed appliances (braces ,railway tracks of the metal or ceramic type).This was a major departure  for the orthodontic profession, as in general up until this time, new  orthodontic appliances were only adopted if they at least equaled or superseded the orthodontic results of the appliances which preceded them.  However given the enormous consumer demand which the  “direct to public ” advertising campaign generated, the majority of orthodontists in the USA in 2000  decided to “go with the flow ” and attend certification courses so that they would be recognised as an “Invisalign® provider”, in their locality.

Since then there have been many developments in the Invisalign® appliance and  consequently the quality of results which it achieves has steadily improved, along with a broadening in the scope of the appliance to treat more complex orthodontic problems.